BioMedVic members at the MRFF Frontier of medical research

The grants from the Medical Research Future Fund (MRFF) Frontiers initiative have been announced. Of the $9,490,429 million awarded, Victoria has secured $6,744,102 million (71.1%). This result highlights the strength of Victoria in medical research nationwide.

Awarded research projects led by or involving as project partners BioMedVic members are:

The MRFF Frontiers initiative fosters the development of cutting-edge research projects and, as stated in the official announcement, it can “transform healthcare and stimulate growth in the Australian medical technologies, biomedical and pharmaceutical sector, a vital part of the innovation economy”.

You can find the Health Minister announcement here.

Victorian researchers from BioMedVic Members including The University of Melbourne and Monash University will share in almost $12m of funding disbursed under the MRFF Next Generation Researchers fellowship scheme and the MRFF Lifting Clinical Trials and Registries Capacity program.

How to Split the Pie Bring industry expertise to academia – this was the message I brought to Ian Frazer when he was in Melbourne recently with other members of the Australian Medical Research Advisory Board for a public consultation on the MRFF.

I recommended a portion of the Fund would be well spent on initiatives to embed colleagues with experience and a successful track record gained in industry into research. This suggestion was made rather than, or at least in addition to, the reverse – a call for increasing numbers of researchers to spend time in industry learning the ropes of commercialisation, which while admirable may take some considerable time to yield the results we hope for. The proposal was not surprising given my own experience and that of several BioMedVic Directors who can all attest to the two-way impact of building bridges between industry and academia, something BioMedVic has encouraged for some time. END_OF_DOCUMENT_TOKEN_TO_BE_REPLACED Continue reading 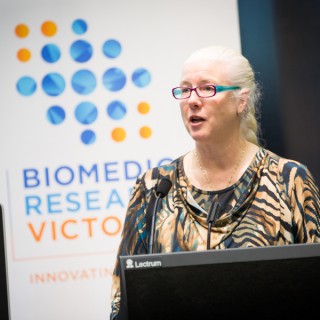 Determining how and on what the Medical Research Future Fund (MRFF) will be spent is the sort of thing we all dream of as scientists. What would we do with that sort of money, which areas of medical research need it, where could the most benefit be gained? Can you imagine the pressure members of the Australian Medical Research Advisory Board must be feeling?