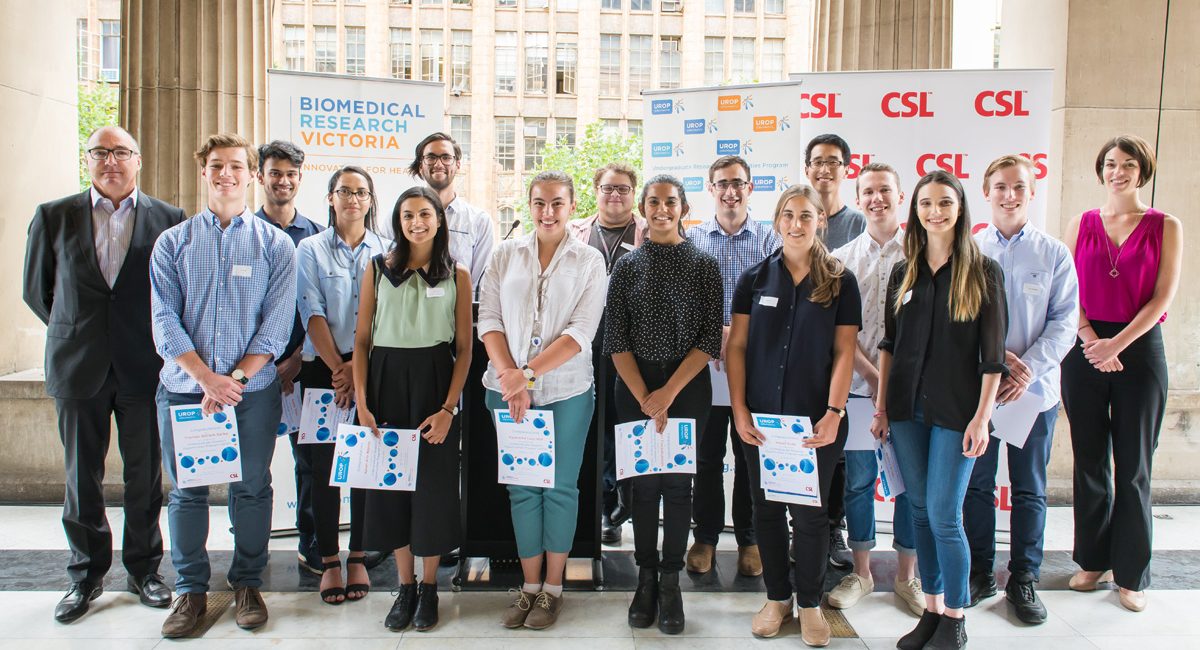 The iconic Melbourne Town Hall Portico was the premier location to spot the next generation of scientists this month, as BioMedVic and CSL welcomed the 28th round of UROP scholars.

Students accepted into UROP come from diverse backgrounds including biomedical science, chemistry, computational science, maths and engineering. Since 2004, BioMedVic is proud to have upskilled over 640 students by placing them in research jobs, said UROP Program Manager Dr Viviane Richter.

A panel of past and present UROP scholars, including Sabrina Lewis (UROP scholar at the Centre for Eye Research Australia), Gabi Abrahams (UROP scholar at CSIRO) and Cindy Hua (UROP scholar at CSL) described their UROP experience to an enthusiastic crowd of over 70 attendees. The panellists generously shared stories of their research, provided advice and discussed how the program has shaped their personal career path in science.

Dr Richter expressed BioMedVic’s gratitude to CSL for its continued Principal Sponsorship of the program. Dr Andrew Nash, Senior Vice President for Research at CSL, acknowledged the success of UROP and provided insights from his own research career as well as sharing the success story of CSL, Australia’s largest biotech company and global biotherapy industry leader. Dr Nash also awarded the new UROP cohort their certificates and UROP lapel badges.

The formalities were followed by a Speed Networking Activity where participants were asked to share what they love about science with another person in a challenging 60 seconds. Conversation erupted on the balcony with the connections made on the day too many to count!

BioMedVic and the UROP team extend a big thank you to everyone who attended and made the event such a success.